Remember playing with LEGO as a child? Imaginations ran wild as we contemplated the best way to design the perfect structure for a house, or a spaceship, or whatever we wanted to build with those little plastic blocks.

If you think about it, that experience is very similar to that of developing a product: “what materials will be used? how will it move? what is the desired lifespan?” are just a few of the myriad questions we need to consider. Product development engineers must also ask questions about the manufacturing process itself. How will the products be transported from one point to another within the factory? What physics will come into play on the industrial machines used in the manufacturing process?

Despite best-efforts, faults can sometimes occur during the planning stage or design of industrial machinery. What happens if, after a considerable amount of production run time, the team notices a flaw in the production chain and, for example, a component is not being routed correctly through the various production stages.

A flaw in the design of the pill machine

Consider our LEGO example which, in addition to blocks of various sizes and colours, also includes little characters  made up of several small plastic components that are assembled on an automated line using industrial machinery. It’s not just the design that needs to be thought out. Manufacturing processes must be engineered in such a way as to facilitate the movement of components through the production plant. For example, what happens if the head of our little LEGO character doesn’t make its way to its body due to some deficiency in the machine transporting it? Would you change the entire production line, or simply analyze the deficient pill machine and adjust accordingly to obtain the desired results?

Clearly, the second option appears to be the more efficient solution in terms of time and money.

Each industrial machine involves the use of specific technologies. Let’s apply our LEGO scenario to an industrial machine used to transport a component in the medical field. Again, would you change the entire production line, or simply analyze the deficient pill machine and adjust accordingly?

When asked to resolve just such an issue with the movement of pills through a production line, the answer was obvious to the team at Optimec.

Modeling our machine to find a solution

The following analyses and optimizations were performed on a machine that needs to transport pills counted using a sensor. The challenge is that when two pills pass in front of the sensor at the same time, the machine stops working completely.

But what explains the stopping of the machine? How is it that two pills are able pass at the same time? These are questions that led our team to carry out reverse engineering type analyses in order to solve this problem.

Before starting the analysis, you must first model the machine using finite element analysis (FEA), considering all the physics in play, as well as myriad other details such as the mass, the material properties  and the overall behavior of the assembly. We created our digital model using ABAQUS/CAE software.

Validation of the model of the pill machine 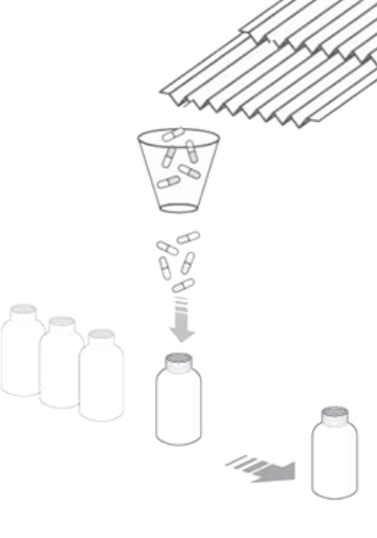 Before conducting our analyses on the pill machine, we first validated our FEA model. To do so, it was necessary to launch a first transient modal analysis in ABAQUS. This is used to evaluate the movements made by the machine as a function of time. These results were then compared with the results obtained using the sensors installed on the real machine in order to ensure the validity of the model.

The extent to which these results agree allowed us to validate the reference model and give confidence to our FEA model. In our case, the tests demonstrated 100% similarity on key measurement points of the sensors. 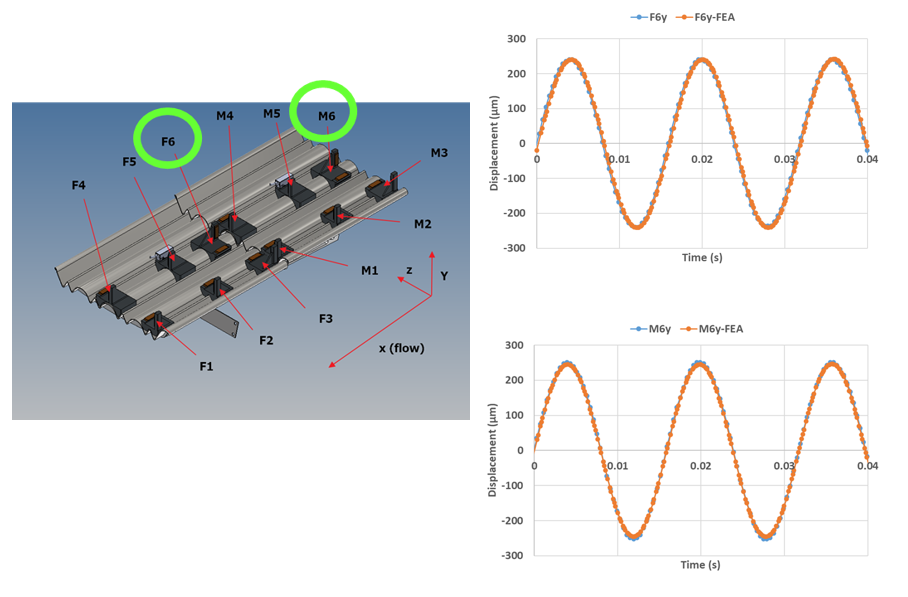 Once the sensor results agreed with the theoretical results predicted by our model, we were ready to look at the individual components of the assembly to determine the cause of the pill transport problem.

Understanding the source of the problem

With the modeling completed and validated, we started our analysis to determine the source of the problem. The results of the modal analysis of our validated model were studied in more detail and deformation of 1000x was set up in order to clearly visualize the problem.

On reviewing the first results, we observed that the machine deviates from the rigidly defined movements which it is expected to perform exclusively. We also noted some curvatures in the plates used to move the pills. Based on these preliminary findings, our team recognized that there was a potential problem with the overall rigidity of the machine.

How to resolve the problem?

Several factors can explain the problem of the non-uniform movement of pills. In order to solve the problem, our team’s first step was the calibration of the machine. Having calibrated our FEA model based on our test results in the validation stage, our team can trust it to complete the next steps: Design optimization and resolution of the client’s problem.

In Isight, the optimization component tries to find the best design relative to the starting point. To achieve this, several key parameters (called design variables) must be selected and an allowable range for each must be defined. By setting up an objective function, parameters, and design constraints, Isight determined the best combination to solve the problem. Conducting such analyses would have taken significantly longer without software of this kind. Using Isight, a total of 257 iterations were performed, scanning the different combinations to find the optimal design.

Based on the results of the parametric optimization, we were able to determine what the machine should look like in order to ensure it executes the required movements without deviation.

After some tests to validate the results, our team was able to come up with a solution to avoid unwanted movement and allow the pills to move properly. However, a new constraint was added to the problem: the mass of the machine was not to be increased, so using heavier, more rigid materials for the components was not an option.

As a result, it was necessary to adjust the shape and design of the parts in order to maximize structural rigidity while maintaining the mass and using the same materials. Tosca is a non-parametric optimization software which we used to develop our solution.

Adjusting the design of the pill machine

Topology optimization can be used in Tosca to develop a new design proposal based on given criteria. In this case, the objective was to maximize the structural rigidity of the machine while maintaining its mass. Like we did in Isight, an objective function and design constraints were defined in Tosca.

The software then automatically determined the natural shape to support the loads while minimizing mass by removing material where it wasn’t needed. A big advantage of this approach is that there is no need for an existing design, so you can start from scratch.
Thus, using the TOSCA software, our team carried out a topological optimization to find the design variant that would yield the desired rigidity of the machine. The software made it possible to determine a machine shape and design that would solve the problem of transporting the pills while meeting the design/manufacturing constraints.

We then carried out some tests to validate the overall behavior of the new model and ensure that it yielded the desired results.

After all this effort, what is the result of the simulation?

It is not always easy to simulate an industrial machine that is already part of a production line. However, based on our analysis, the Optimec team understood that the pills were not moving properly since there were issues with the rigidity of the machine’s components.

Using the Dassault Systèmes suite of software products allowed us to understand the issues and propose a solution that entailed far less cost and less environmental impact than the multitude of iterations that would have been required otherwise.

So, returning to our LEGO analogy with the modeling of a spaceship for example: Would you now be more tempted to model your construction in order to find the optimal design? 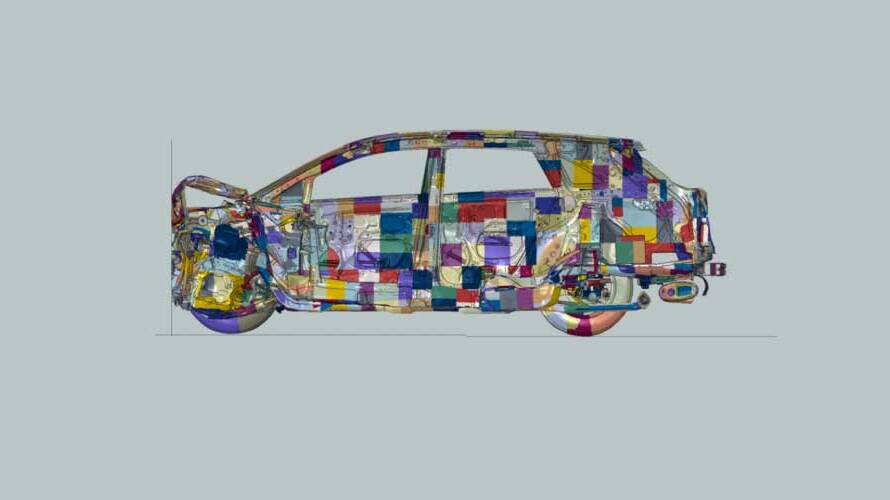 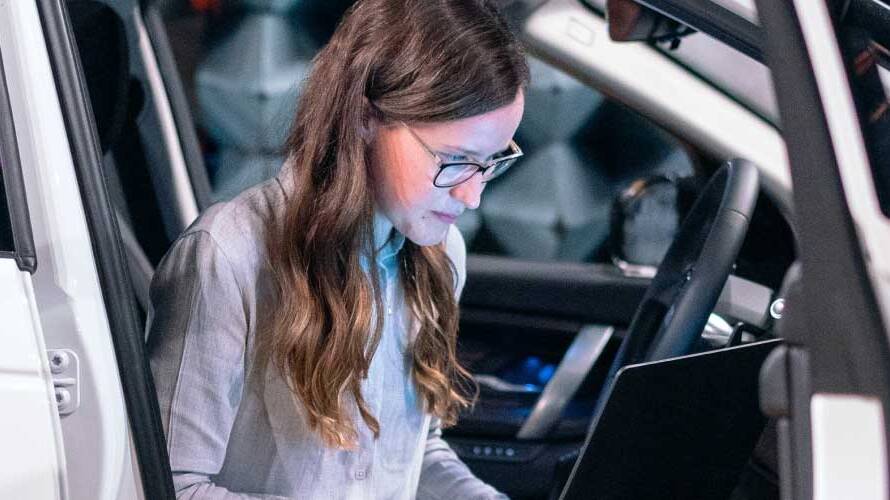