Bird strikes cost the aviation industry tens of millions of dollars annually in aircraft damage. Moreover, it can be a serious life-threatening event eg. US Airways Flight 1549 ditched into Hudson River as a result of engine failure on both the jet engines due to multiple bird strikes on January 15, 2009 in New York, USA.

Increasing the ability of the aircraft to resist bird strike induced damage is one part of an overall approach to mitigating this expense. Bird strike validation of aircraft components is an important step in the process of flight certification and validation.

Experimental bird strike testing is part of the certification process for certain aircraft component designs. If a subset of the tests can be replaced with computational simulations, the cost of the prototype testing can be reduced.

Further, bird strike resistance considerations can be included in the design process, thus increasing the probability that certification tests will be successful. With the increased use of composites in aerospace industry, it is highly important to understand how composite structures fare against impact because of bird strike.

Finite element simulation technology has matured to a greater extent to aid in virtually testing bird strike scenarios thereby giving a detailed insight into the event during the preliminary design phase. This could go a long way to meeting the design standards required for aircraft safety.

This blog aims at showcasing the capability of ABAQUS Unified FEA product suite from Dassault Systemes for easy and convenient modelling of bird strike using a coupled Eulerian-Lagrangian approach (CEL) on a simple fuselage model. The model used here is purely for the demonstration of the capability.

The great advantage of CEL analyses is that most of the problems associated with extensive birds’ mesh distortion are eliminated, as the Eulerian description allows finite elements to be fixed in space and the material to flow through these elements. Birds can be modelled using linear Us-Up EOS (Equation of State) material model. 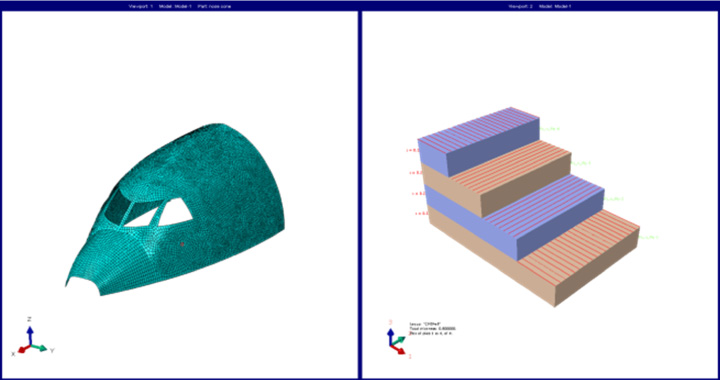 On the other hand, the impacted structures are discretized by traditional Lagrange finite element formulation. The impacting forces are transferred to the Lagrangian structure through general contact in ABAQUS/Explicit. ABAQUS also offers composite ply definition through ABAQUS/CAE GUI which allows users to define any complex ply lay-up definition with great ease.

The damage and failure of composites can be modelled elaborately to include damage initiation, damage evolution which models stiffness degradation, and finally removal of the element from analysis upon complete loss of stiffness.

To demonstrate this, a simple nose cone model is taken and meshed with conventional shell elements. Composite lay-ups are then defined within ABAQUS and material properties are defined with Hashin’s damage model. Bird is represented as an ellipsoid with fluid properties. The volume fraction tool in ABAQUS is used to compute and retrieve the volume occupied by Ellipsoid within the Eulerian mesh. The relative velocity between the bird and the aircraft is given as the initial velocity to the bird. The analysis is run for the fraction of a second to capture the impact.

ABAQUS/Viewer can be used to post process the analysis results of the damage caused by the composite structure, with ply-level failure as well as animation of the bird strike event itself.

Finally, by providing an accurate simulation capability, ABAQUS/Explicit allows bird strike loading to be included in the design process. Shown below is bird strike animation and damage to the composite structure. 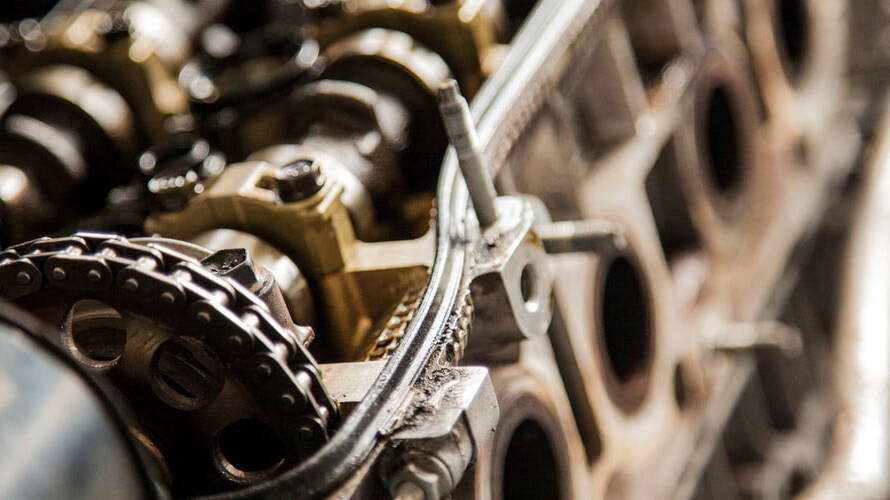